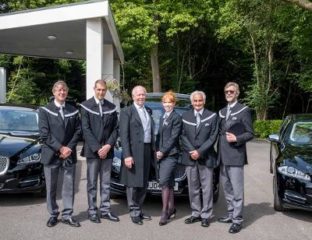 As a local Sevenoaks girl, I was only young when my family opened Welham Jones. I remember many a family meeting between them all round the dining table at home having discussion and making plans. At the time I had no idea or understanding of what a funeral was or what it was like to lose a loved one. Since the age of seven I have grown up with funerals, it has become second nature to me and I guess has made me more aware of it now as an adult, and that it isn’t something to be feared, but to 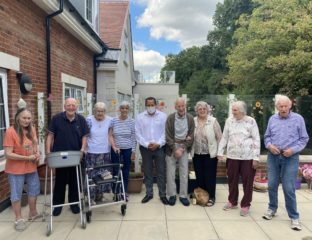 Vivian Laurent is looking to grow his team with local talent to help continue delivering outstanding care.Lavender Fields Care Home in Seal, Sevenoaks, has welcomed a new Home Manager, Vivian Laurent, to the helm. Vivian joins the Greensleeves Care home with multiple accolades and awards under his belt,as well as 20 years of experience in the care sector across various roles, having started as a care assistant and worked his way up through management. Vivian’s leadership at a previous home saw him earn an ‘Outstanding’ rating with the Care Quality Commission (CQC), an accolade which is only awarded to approximately 3.5% of care 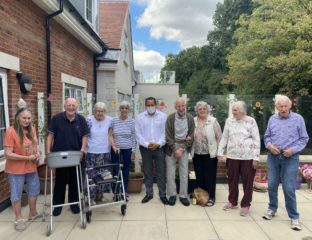 Greensleeves Care named among the top care groups in England

Greensleeves Care named among the top care groups in England Not-for-profit care provider Greensleeves Care, which operates local care homes, Lavender Fields and Gloucester House, has achieved a ‘Top 20 Large Care Home Group’ Award for 2022 from leading online care home directory, Carehome.co.uk, for the fifth year running.Greensleeves’ overall review score stands at 9.5 out of 10, the result of 915 reviews received across the organisation’s 26 care homes. The Trust shares the list with other sector-leading names including Barchester Healthcare Ltd, Bupa Care Homes and Hallmark Care Homes. Along with its inclusion in the top large care home group list,

Team members at Gloucester House, a Greensleeves Care home in Sevenoaks, took to the nation’s Capital on 2nd July to march in London’s annual Pride Parade. This year marked the 50th anniversary of the first London Pride in 1972, as well as the first one in three years due to COVID-19 restrictions.Diana Sagu, a staff nurse from Gloucester House, attended along a fellow nursing colleague, and Senior Family Liaison Manager, Andy Wilson. They were joined by colleagues from other Greensleeves Care homes, as well as from the charity’s head office.Andy Wilson said:“It was a thoroughly rewarding experience to march in 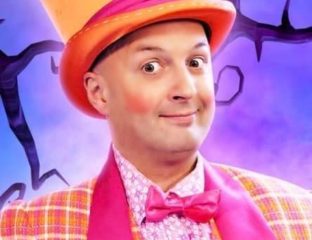 Stars of Wicked, Everybody’s Talking About Jamie, Jersey Boys and Kinky Boots join Silly Billy, in Alice In Wonderland at the Stag Sevenoaks this Christmas!Melissa Jacques, who starred at Margaret New in the West End and Los Angeles productions of Everybody’s Talking About Jamie, will play the Queen Of Hearts. Mel wowed the Stag panto audiences as the Pirate Queen in last year’s pantomime Treasure Island, and will return to Sevenoaks this Christmas.Nikki Bentley, best known for playing Elphaba in the smash hit West End musical Wicked, previously filled Sevenoaks with her voice as one of the stars of West End Live On The Vine in 2021, and will be joining the 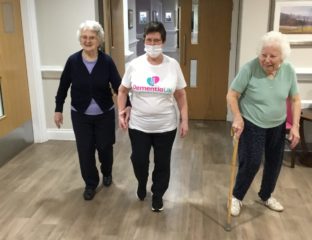 Jane Stevens, a hostess at Lavender Fields Care Home in Sevenoaks, is walking 30 miles this month in aid of Dementia UK, and some of the residents at the care home are supporting her by walking with her. Jane was inspired to take on this challenge as both her mother and mother-in-law are living with dementia, as well as many residents at Lavender Fields, which offers both residential and dementia care. Whilst Jane is completing the walk outside of her duties, she is undertaking some parts of the route around the gardens of the home- and even within the home when the weather 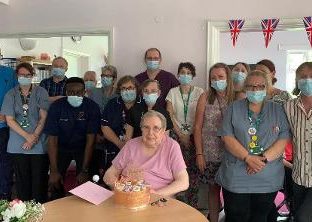 Greensleeves Care, the care home charity which operates local home, Gloucester House, celebrates its 25th anniversary on 1st April. As part of its celebrations, the charity is spotlighting some of its longest-standing residents across all 26 of its homes.Winnie Hull, an 87 year-old lady, has lived at Gloucester House since 2002, and during her time at the home she has raised over £48,000 for the residents’ amenity fund, and has won multiple fundraising awards.Born in 1934 in North Shields, Winnie left school aged 14 and had several jobs including working in a fairground and selling deckchair tickets on the beach.At 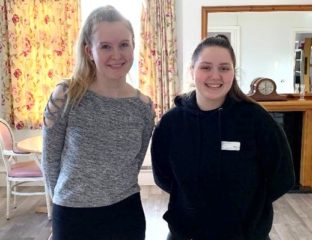 This week marks Student Volunteering Week, and local Sevenoaks care home Gloucester House is celebrating the success of their volunteer scheme, which over the years has seen many volunteers continue go on to become permanent team members.Emma Adams and Emily Dixon-Brown, Level 3 Health and Social Care students at North Kent College, have been regularly volunteering at the Greensleeves Care home since October, and this week the residents bid them a farewell and good luck as they left to focus on their upcoming exams.[caption id="attachment_14179" align="aligncenter" width="602"] Emma and Emily[/caption]Student Volunteering Week, led by the Student Volunteering Network, is focused 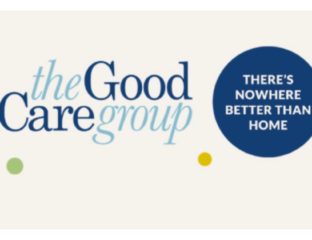 What does 2022 have in store for your clients?

The last two years have shown us one thing; no one can plan for the future.  One thing you can plan for is the possibility of you clients needing care or facing a change in their current care requirements.To support your clients in 2022 and fulfil their wishes of remaining safely in the comfort of their own home, introduce them to  an 'Outstanding' live-in care provider, The Good Care Group, so they begin exploring their future care needs.Whether this is convalescent care after a planned operation, respite care so their family can take a holiday or a loved one feels, after spending time 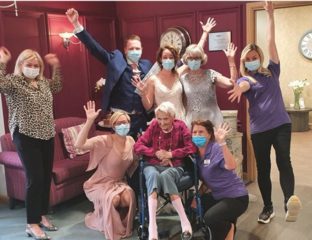 ‘I do’ again! Care home surprises resident by recreating her granddaughter’s wedding

Wedding bells have been ringing out at Weald Heights Care Home, after a resident was surprised with a re-enactment of her granddaughter’s wedding, after she was unable to attend the special day.Audrey a resident at Weald Heights, on Bourchier Close, was unable to accompany her granddaughter, Holly and now grandson in-law, Steve, on their special day, so the team decided to bring the big day to Sevenoaks and contacted the family to plan a surprise re-enactment.Wedding celebrations were in full swing with the Weald Heights team going and above beyond to ensure the day went off without a hitch. The

ConnectaPower are here to guide your business through the energy crisis

Your invite to the breast cancer awareness community event